Are you ready to cook for your culinary idols with a chance to win $10 000?Wall of Chefs is looking for Home Cooks AND Amateur Bakers  to compete in front of Canada’s most renowned chefs. 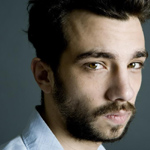 Prime Video today announced that Canadian actor and director Jay Baruchel (Goon, This Is the End, How To Train Your Dragon) has signed on to host the new Canadian Amazon Original series, LOL: Last One Laughing Canada. The comedy-variety series, produced by Insight Productions, will be shot in Toronto and feature a diverse cast of popular Canadian comedic actors and stand-ups competing to make each other laugh first. The final comedian left standing will win the grand prize for the charity of their choice.

END_OF_DOCUMENT_TOKEN_TO_BE_REPLACED 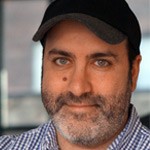 Eric Abboud has been promoted to VP and showrunner. In the expanded role, Abboud, who serves as showrunner for Top Chef Canada, will take more of a leadership position in developing projects at the Toronto-based unscripted specialist. He will continue to report to chair and CEO John Brunton. 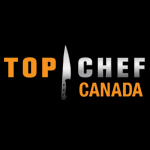 Cooks, start your engines and may the top chef win!

Top Chef Canada has just announced details for their ninth season including the list of 11 competing chef, special guest judges and more. Premiering on April 19 at 10 p.m. ET/PT on Food Network Canada, season 9 boasts a pleasantly diverse cast of chef competitors with many geographical and backgrounds represented.

All the details & meet the cast HERE

Season 9 of Big Brother Canada is on its way!

Global announced the ninth season will be making its debut on Wednesday, March 3 at 7 p.m. ET/PT. Hosted by Arisa Cox, who is also one of the show’s executive producers, the show will feature a new cast of houseguests and challenges. All the latest details HERE.

Shamier Anderson and Stephan James, Scarborough natives and co-founders of The Black Academy, alongside Shannon Farr and Lindsay Cox of Insight Productions, today announced a partnership to produce a live award show honouring established and emerging Black talent. Brothers and actors Anderson and James are executive producing the national telecast, alongside John Brunton, Farr, and Cox from Canada’s preeminent award show production company. The telecast will feature award presentations, performances, and tributes, and will showcase Black talent from across Canada. In addition, The Black Academy and Insight announced a search for a Black showrunner and production crew, and a skills development programme. Interested applicants can submit their résumés to
BlackAwardShowResumes@insighttv.com beginning today. The relationship between Anderson, James, and Insight Productions pre-dates the creation of The Black Academy to when they began co-developing a project in 2019.